There was always a reason why my mother fucked someone and it was never through love. Whistling Chris earned the keys to the city of her cunt on account of being the regional manager of the travel agency Thomas Cook, and promising her free tickets to anywhere she wanted to go in the world. He also wasn't short of a few quid in the meantime, which was good, because Mum was too worldly to be able to be peddled dreams.


A tall broad softly spoken man with thinning ginger hair, Chris would stand around the back, staring up at my mother's bedroom window and letting out a shrill, single whistle every few minutes. Initially it was a way to make sure he never came around to the house while my step-father was in, but gradually it became a way for my mother to keep him at a distance, hide out the way when she had her own money and didn't need him to bankroll her oblivion.

Some evenings Chris would be out there for hours, standing as stiff as a board in the bitter winter night, his full length ,black felt coat buttoned right up to the chin, nose frozen pink, face drained white, mist coming out his mouth,whistling and hoping Mum would either give the sign and flick her bedroom light on and off, or send me around to fetch him. On those nights, as I followed him back home, I could smell the cold night air on his coat. Chris, long strides, head down, cursing, as the wind blew his thinning hair down, fanned flat against his forehead.

Once inside, the colour refilling his face, Chris would clench and wriggle his fingers, and rub his hands together furiously to warm them, the rubbing transforming into that of someone ready to feast, as he climbed the stairs towards my mothers room. Mum's bedroom door would be open and she'd be sitting drunk on the bed looking away like she hated him. Chris would enter, not saying a word, and close the door behind him. Id tiptoe up stairs and sit outside the bedroom door. I'd listen to drinks being poured, strange laughter, sudden turns of anger, apologies, kissing, and finally Mum groaning and Chris grunting and swearing as my Mums body hit up against the wall. It never lasted long, ten thrusts being about the best Chris had. Then my mothers vodka bottle would be clinking against her glass again and I'd hear the sound of alcohol gulping out. More often than not Mum would wander out naked and stumble to the toilet. On her way past she'd bend down and say: “I've gotta get rid of this cunt but he won't fuck off!” As she sat on the toilet, the door open, listing over to one side, piss whispering into the bowl, I'd peer into her room and see Chris's thick, pale arm hanging down off the bed, his gold watch, a cigarette between his fingers, burning away like a fuse on love. It was a sad image of man and loneliness; something horrific unfolding on a dull, black night.

Sometimes Mum would hiss a “pssst” at me, beckon me down the landing and tell me that in five minutes I was to bang on the door and make an excuse that a neighbour was here to see her. Soon after that Chris would come out hastily dressed, still buttoning up his coat. He'd ruffle my hair, drop a few coins my way, then hurry down stairs and back out into the cold black night. Less than twenty four hours later we'd hear the first whistle again. I'd peep out the window to confirm what it meant, then nod at Mum, and say: Yeah, it's him. Mum would pull an evil face and turn away and think.

One night as I fetched Chris he asked me of Mum and if she was drunk. I said, Yes, she's always drunk, but tonight she's especially drunk! He pulled a face. Sympathetic. Like he understood. Then he said, Come on, we'll go to the offy and you can pick whatever you want... SHE can wait for me for a change!” In the Off-licence I chose sweets and crisps and a big bottle of pop. Chris took two cans of beer and two half bottles of real Smirnoff Vodka.
Don't let my Mum see them, I said. He laughed and shook his head and showed me a deep pocket either side of his long coat. That's what these are for, he said, dropping a bottle in each pocket. You can't leave a drink around your Mum... It's bad when it gets to that. Then he said: Why don't you go around all the off-licences, tell them your Mum has a problem and ask them to stop selling her drink? If they won't listen, well, I'm sure a brick or two  could find its way through their window. Chris looked at me, serious, then smiled. I was only ten. It seemed like a good idea.

When we got home Mum was stood swaying in the downstairs hallway, waiting.
What, getting all chummy with Chris now are ya, she said, glaring at me like I'd fucked her life up.
We only went to the shop.
Er, well where's mine then? she said, suddenly making a vicious drunken grab for my sweets, getting a bag of crisps and stamping them all over the hallway.Then, turning on Chris.
Chris, why don't ya tell him what you've been arrested for? He may not be so fucking fond of ya then!
Chris didn't reply. Mum continued, with added drunken venom.
Peeping in young girls' bedroom windows, wern't it? Er, two counts of indecent exposure on Wandsworth Common??? Nah, y'aint told him that av ya! What ya thinking, if ya friends wiv him you'll get express access to my cunt?
Chris knew the set up too well to kick back. Best just to wait the moment out, hang in there until the alcohol affected another part of her brain and her hatefulness was replaced by some other absurd mode of being.

Mum finally turned and led Chris upstairs. She fell twice going up, Chris finishing by steadying her into the Fuck Palace like she was an elderly invalid. I was glad it was him tonight. At least he seemed to care about Mum, about me, had a job, and maybe even had a heart. With them gone I sat down in front of the small TV, the sound off, drinking my soda and sharing my sweets with the mangy dog.

There was a strange quiet from my mother's room that night. No animal sounds. No fighting. Apparently not even any fucking. A little later, longer than usual, Chris came back down. Unusually he was as properly dressed as when he'd gone up. As he left he said that Mum was way out of it, that I'd better go up and make sure she was alright. Entering her room I found Mum on the floor, naked. She was on her side but with her buttocks twisted awkwardly around and parted, as if someone had been on top of her. Her left arm was suspended off the floor, her hand limp, stringy, clear vomit hanging like slime off her fingers. She was conscious but could barely speak: El me up! El me inta' bed!

I tried to lift Mum up but she was too heavy and her head rolled back and cracked violently off the floor. For a moment her eyes disappeared, and then came back, and then she looked like she would cry, and then like she'd forgotten how to. I left her there like that, just laying there, her eyes open and her brain on freeze, looking at me, maybe pleading for help but unable to express it. As I was leaving I saw something glinting from under a pillow on the bed. I pulled the pillow away, and there they were, two half bottles of Smirnoff Vodka, one already almost empty. It just had to be. Chris, after all his care, ideas on how to stop Mum drinking, was paying for sex with alcohol. Worse, as this time he seemed to have got her totally helpless and raped her in the arse. Though that's not certain as Mum was too fucked to even know who or where she was let alone what had happened to her while she was there. One thing that is sure is that I never spoke to Chris again after that night. I realised that maybe his clothes and hands were cleaner than most of Mum's other lovers, but his soul was just as black.

That was all but the end of Whistling Chris. He lingered on for a few more months and then one night he came around and left almost immediately. I went up to see what had happened. Mum was laying on her back, on the bed, dressed. She said coldly, Chris has gone and won't be coming back. Then she unbuttoned her tight, drainpipe jeans and pushed them down, taking her knickers with them, and exposing her cunt. It was bright fire red.
I always dye IT red when I've a new lover, she said.
Looking at her cunt I thought of Chris: his ginger hair, his long black coat, his gold watch, his soft voice, his pretend friendship and his lies about getting Mum sober. Then I left too. Mum's new lover wasn't new at all. She'd been messing around with him for at least the past few months, only now it had gotten serious. His name was Lloyd, and he was a wild, murderous, burnt and scarred Jamaican from the Black House... perhaps the single most danger to my mother's life at that point in time..

Posted by Memoirs of a Heroinhead

Make a little history and leave what words you have.. X 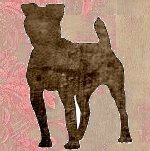 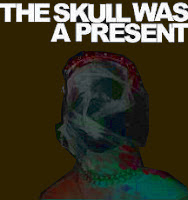 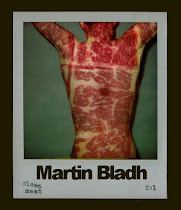 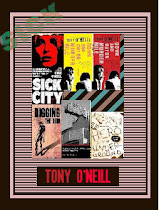 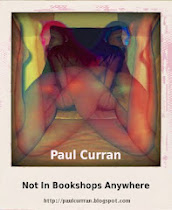 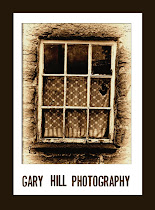